After the pandemic obliterated Airbnb revenues across the globe, the short-term-rental platform has begun asking guests to chip in by sending “kindness cards” that include cash donations to their former hosts — who have seen billions of dollars in revenue vanish in recent months as travel has ground to a halt because of the pandemic.

The new tool appears to be another effort to assuage hosts’ financial concerns, this time by soliciting contributions from former guests. An Airbnb spokesperson told Business Insider that 100% of the proceeds from the kindness cards would go to the hosts.

“In the spirit of rekindling connections, we developed a new feature that allows guests to send virtual cards with messages of support and encouragement to hosts who provided excellent hospitality. If they wish, guests have the option to add a voluntary financial contribution,” the spokesperson said.

But the tool has been met with swift backlash from people on Twitter who say they’re similarly struggling to save money amid the pandemic and question why it should be their responsibility to support hosts.

“Airbnb has lost its f—ing head,” one person tweeted. 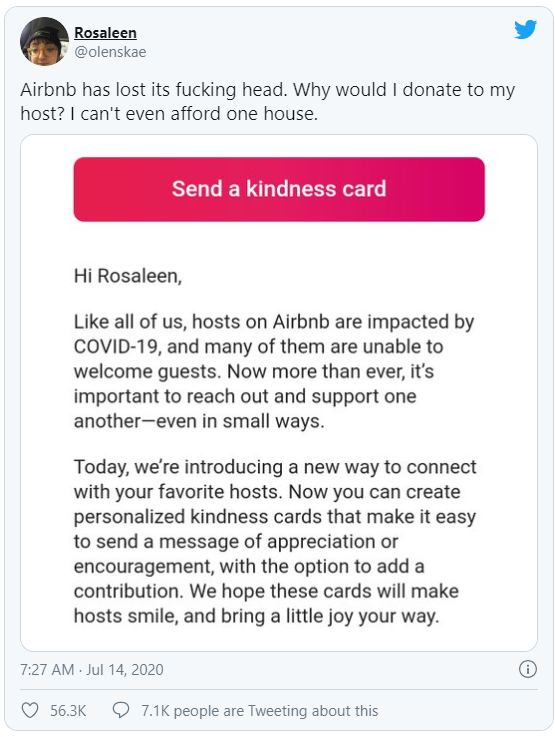 Hosts have directed their anger at Airbnb, saying the company implemented cancellation policies at the onset of the COVID-19 pandemic that cost them even more money. Airbnb said in March that it would spend $250 million to reimburse hosts for guests’ cancellations that stemmed from coronavirus shutdowns.

The financial situation is especially dire for megahosts, some of whom bought up dozens of properties and built short-term-rental empires that made up their main source of income (about one-third of Airbnb properties are owned by hosts who manage at least 25 properties, according to the analytics site AirDNA).

New York Times tech reporter Mike Isaac said the program was “like the mortgage-backed securities of the sharing economy.”

“I’m not sure I will be contributing to the mortgage for anyone’s second house at this time,” another Twitter user wrote. 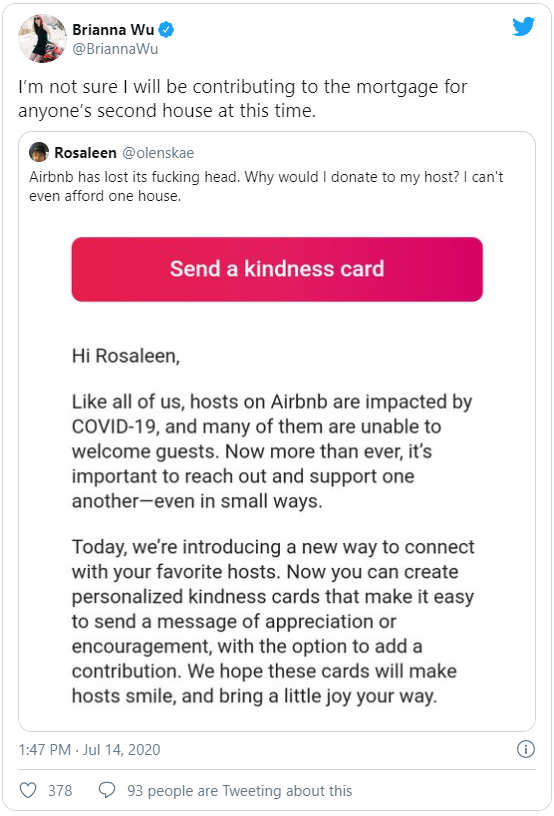 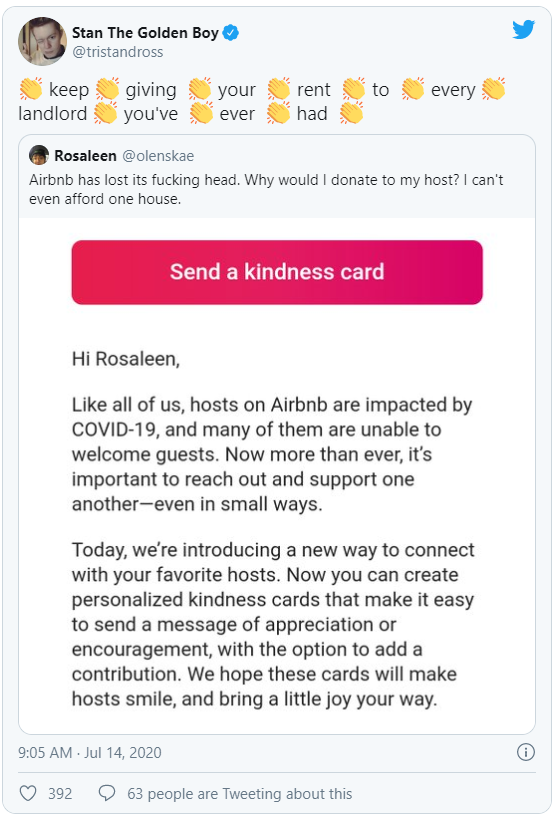 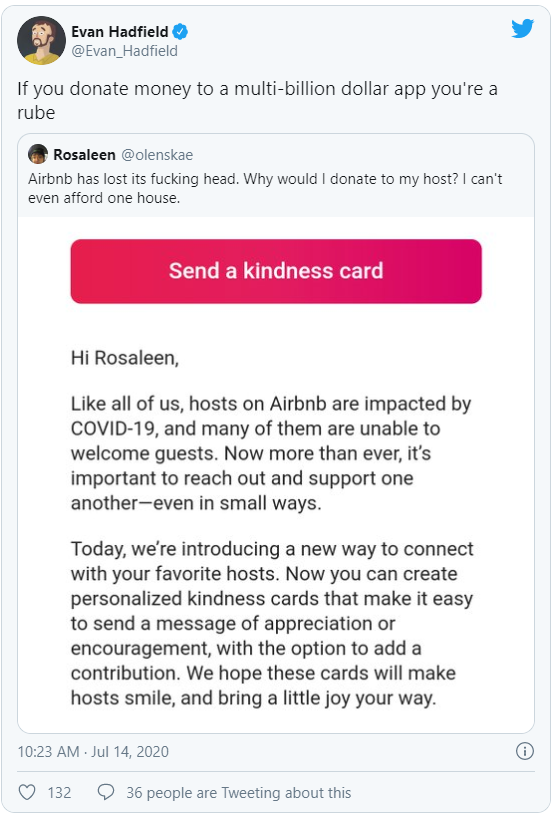 An Airbnb spokesperson did not immediately respond to a request for comment.